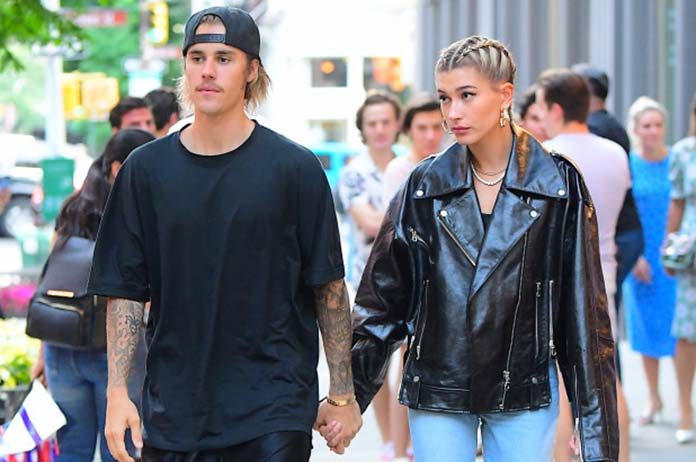 Many Beliebers’ hearts are breaking as news came that Canadian pop singer Justin Bieber and US supermodel Hailey Baldwin are reportedly engaged.

Sources revealed that Bieber popped the question while in the Bahamas over the weekend with his family and asked for their phones to be put away when he got down on one knee.

Justin’s dad Jeremy Bieber took to Instagram shortly after, not officially confirming the news but congratulating his son with a picture of Justin in the Bahamas with the caption: ‘@justinbieber Proud is an understatement! Excited for the next chapter!’ 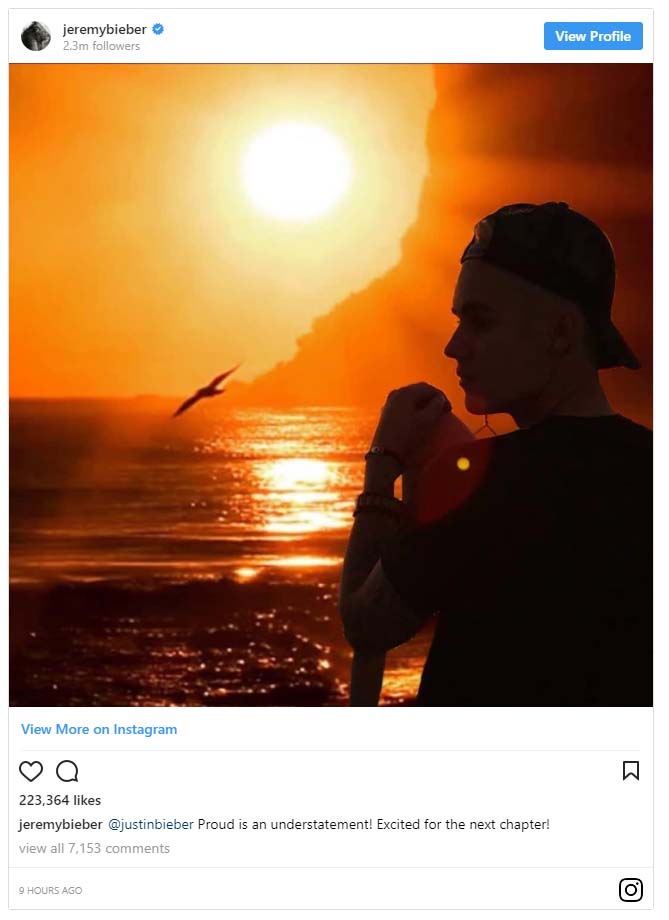 The couple were rumoured to be dating back in 2014 after Justin broke up with Selena Gomez but the pair denied the allegations and said that they were just friends. In 2015, the pair were then seen together celebrating New Year’s Eve and Bieber posted a photo of the two on Instagram with no caption, but the picture said it all. 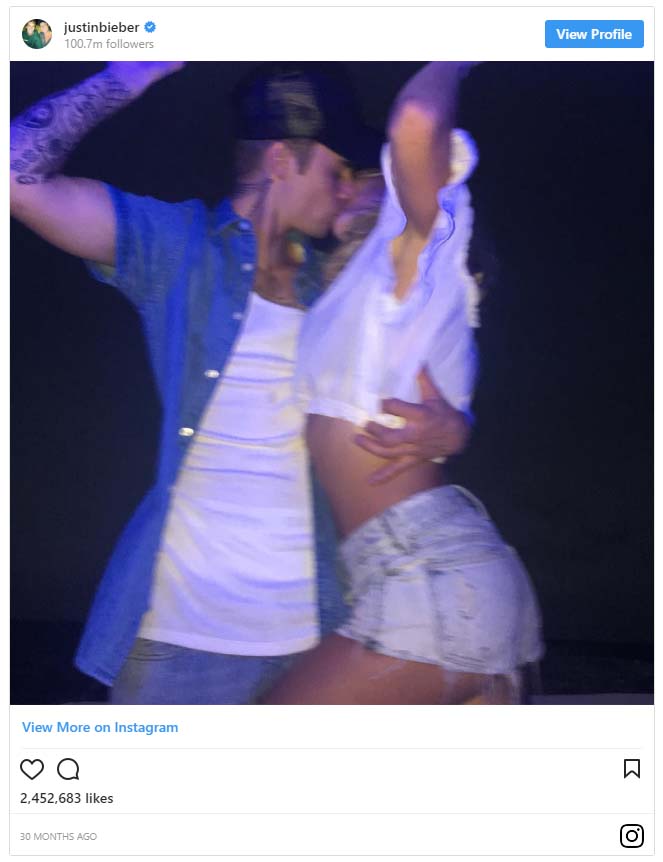 Justin and Hailey had apparently broken up after the whole New Year’s Eve party. Justin and Selena were then rumoured to be back together but not for long as the pair parted ways again and this time for good!

In June 2016, Justin posted a photo of him and Hailey on Instagram holidaying in Miami where rumours were that the two were officially back together. 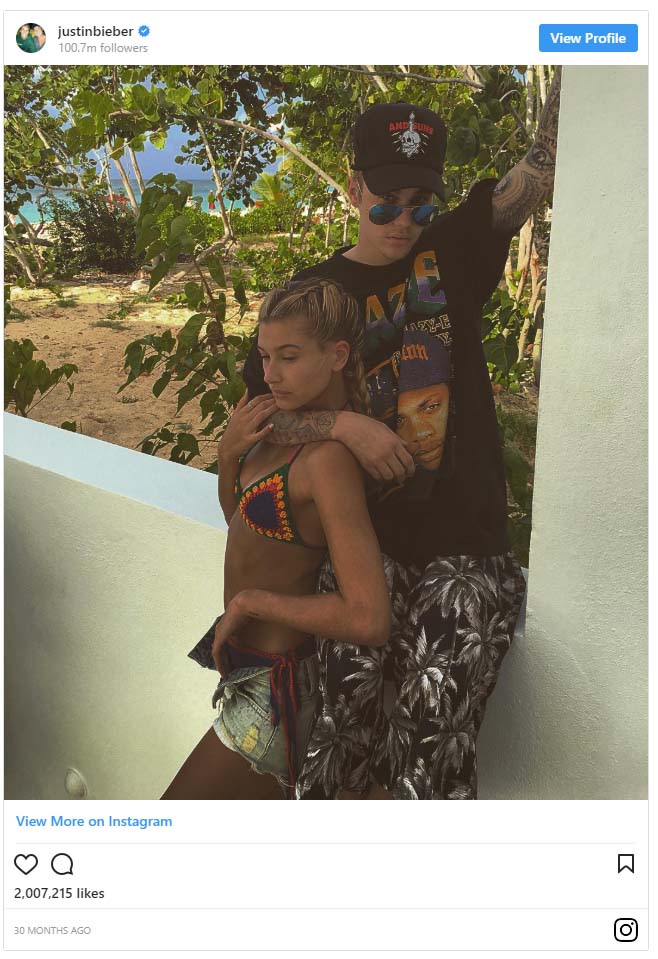 Later in 2016, the pair had reportedly broken up due to Justin touring his album Purpose and he didn’t want to be tied down to the supermodel because he wanted to be single while on tour.

In November 2017, Baldwin was reportedly dating Canadian singer Shawn Mendes but the pair never confirmed their romance. They were seen together many times, from taking a stroll in Canada to going to concerts and attending the Met Gala, where they made their couple debut together both wearing Tommy Hilfiger. 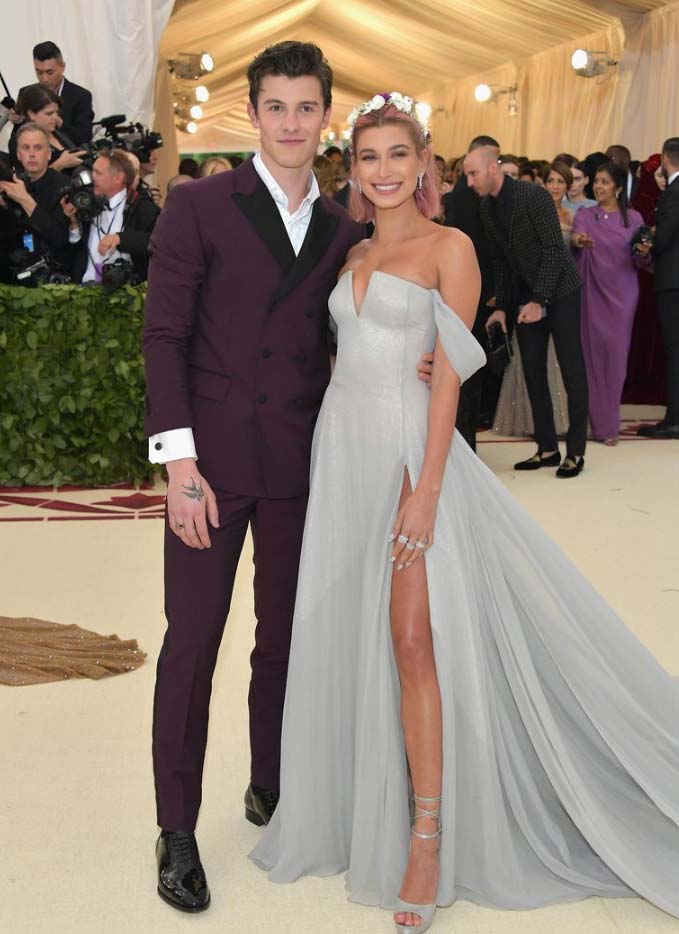 Later in interviews, Shawn and Hailey had both confirmed that they were just friends and they are in fact single. In June 2018, Justin and Hailey were spotted together and fast-forward to now, the pair are reported to be engaged.