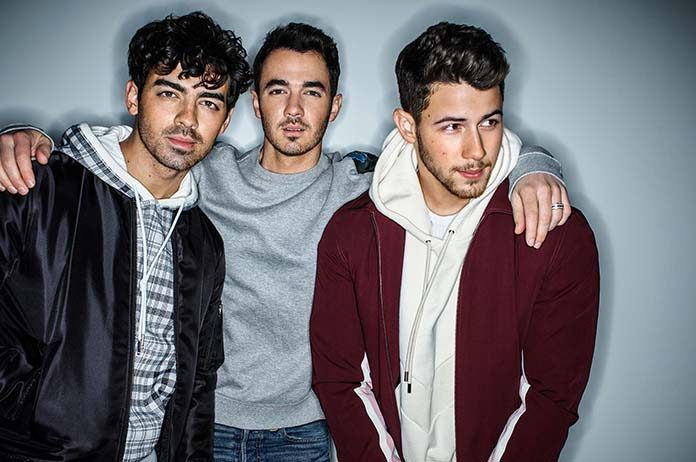 The Jonas Brothers have surprised a fan with cancer after she was unable to attend their concert.

16-year-old Lily Jordan was supposed to attend the trio’s concert in Hershey, Pennsylvania, but instead had to go and gain some chemo for her cancer.

She posted a story on Instagram explaining what happened and tagging the Jonas Brothers in it.

After other fans viewed it, they tagged the three begging they pay a surprise visit to Lily’s hospital room, at Penn State Children’s Hospital.

The local representative for Pennsylvania saw this and decided to put a call out over Facebook.

“PRAYERS NEEDED! Our good friend Lily is fighting for her life in Hershey tonight, and so badly wanted to see the Jonas Brothers tomorrow night at Hersheypark, but can’t because of her urgent treatment. If there is anyway for them to visit her, we are lifting up her hopes and our prayers for help,” he posted.

The brothers saw this and decided to stop by for a surprise visit before their show, with Nick even bringing along wife Priyanka Chopra.

With many pictures taken and autographs signed, Lily described the experience as “unforgettable.”

In a video that was posted online, the three had a little conversation with their fan.

“Thank you for inviting us to come see you,” said Kevin.

“When we saw your message, we had to come over,” added Joe.

Lily posted on Instagram after the surprise saying, “Wow. The power of social media you guys. YOU did this. YOU made my crappy chemo session into something incredibly special and unforgettable. Literally made my life.”

The Jonas Brothers are now on their Happiness Begins tour, which is travelling all over the US.

What do you think of this amazing story? Let us know in the comment section below.