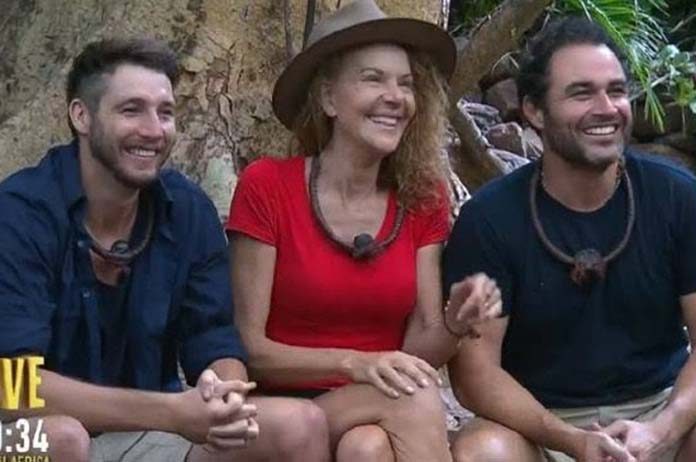 The sixth season of I’m A Celebrity…Get Me Out Of Here! has crowned its winner, with celebrity chef Miguel Maestre taking home the crown.

After roughing it for four weeks in a South African jungle, only Maestre, entertainer Rhonda Burchmore and former AFL champion Dale ‘Daisy’ Thomas were left for Sunday night’s season finale.

“I think I’ve never done anything so real in my life,” said Maestre as the contestants waited to find out who’d won.

A visibly shocked Maestre thanked his family — “the people I love most” — after his win was announced.

Burchmore was announced as the third place holder earlier in the episode, exclaiming “I can’t WAIT to get out of here” as she left the jungle after 31 days.

After her eviction, Burchmore told hosts Julia Morris and Chris Brown that her time in the jungle was “an incredible experience that I never, ever, in a zillion years thought I could do.”

The finale of the show is always a tearjerker with the reunions between contestants and their loved ones. This season did not disappoint, with Daisy rushing to kiss girlfriend Natasha, Rhonda being surprised by her daughter Lexie and Miguel being surrounded by his wife and children.

If you’re worried about I’m A Celeb withdrawals, fear not — the first-ever Australian season of Survivor: All-Stars debuts Monday night at 7:30pm on Ten.

Do you think Miguel deserved the win? Let us know in the comment section below.