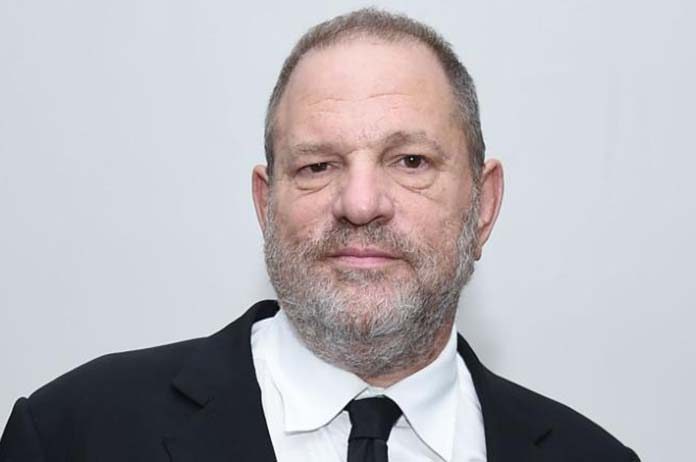 New York Times reporters Jodi Kantor and Megan Twohey have released a book, two years after publishing the article that brought down Harvey Weinstein, which includes explicit details about the actresses who chose to come forward with their stories, including Gwyneth Paltrow and Ashley Judd.

‘She Said: Breaking The Sexual Harassment Story That Helped Ignite A Movement,’ which was released on Tuesday, explains the fears both actresses had about coming forward. With tears  filling her eyes, Gwyneth said she was “devastated Weinstein was using his connection with me as a way to coerce with other women.”

Kantor states, “She was Harvey’s biggest star. She was the Golden Girl of Miramax. The whole idea of conceiving of Gwyneth Paltrow as a victim was almost strange to us. But lo and behold, we got a text that she had a story and that she was willing to speak.”

Although Gwyneth was crucial to their investigation, she was “nervous” at the beginning.

“Essentially, her story is about Harvey Weinstein not only sexually harassing her, but threatening her very early in her career. If Gwyneth Paltrow is a victim, then who else is? Not only had we not expected to hear that story, we were also very surprised by how helpful she decided to be. She was very nervous to go on the record, but she wanted to help us recruit other actresses to speak too,” Kantor said.

Over three years of reporting and hundreds of interviews, it came to show numerous women coming forward and speaking out. It states how intimidation by Harvey Weinstein and his team caused their silence, as well as a legal system that encourages the same thing. The book also includes exclusive interviews with Harvey’s brother Bob Weinstein and alleged victim Rowena Chiu, who was silent for 15 years.

While over 80 actresses accused Harvey of sexual assault, Ashley Judd was the first to go on record.

After the first article was published, Gwyneth along with other actresses agreed to go on record.

Gwyneth spoke about a business meeting she had with Harvey that apparently turned awful.

“I was a kid, I was signed up, I was petrified.” This allegedly happened just after she gained the title role in the film that jump started her career, Emma.

Harvey has denied all accusations and accounts of retaliation against women who refused. He is supposed to go to trial in New York City in January 2020, with charges of rape, and predatory sexual assault, to which he has pleaded not guilty.

The decision for Ashley and Gwyneth to speak up was apparently months in the making. Both were worried about Harvey retaliating and what the public would think.

As soon as Harvey found out about the investigation, he was hell-bent on finding the identities of the accusers.

Harvey came to the New York Times office and accused two accusers, including Ashley Judd, of “being mentally unstable.” Kantor also revealed getting panicked text messages from Gwyneth Paltrow after Harvey showed up at an event at her house. Gwyneth was hiding in the bathroom at the time.

“Her worry was that he was going to demand an answer about whether or not she was speaking to us. We learned he was really obsessed with the question of whether or not we were speaking with her,” Kantor revealed.

And with multiple actresses speaking out, this caused Harvey to be ousted from his company and started the revolution that is the #MeToo movement.

A group interview held at Gwyneth’s house, included all of the actresses who spoke out about Harvey, along with Rachel Cooks, who accused Donald Trump of the same offence, allegations in which he denies, and Dr Christine Blasey Ford, who testified against Brett Kavanaugh.

“We wanted to end the book with these women coming together to see how, no matter what their status, what their background, that they had all been dramatically transformed in the process of taking the brace step in coming forward,” Twohey revealed.

Gwyneth revealed that after her story when public, other women she spoke to “told her that Harvey, while harassing or assaulting them, would routinely site her and her soaring career, falsely implying she had yielded to him,” the authors explained.

“That has by far been the hardest part of this, to feel like a tool in coercion of rape. It almost made me feel culpable in some way, even though it’s completely illogical,” Gwyneth said.

Many other women who decided to come forward revealed how their lives had changed but no one had a bigger transformation then Ashley Judd, who was now seen as an activist, something she always aspired to be.

“I have to know the hill on which I’m willing to die. The equality of the sexes is that hill for me,” she explained.

You can purchase the book here.

What do you think of the idea for this book and do you think it’s influential to many? Let us know in the comment section below.