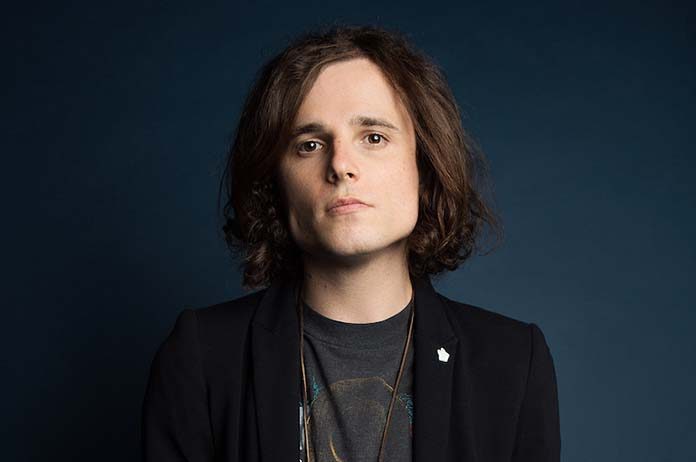 We love finding new talent here at Rave It Up HQ and boy, have we found the next big talent! Introducing Hamish Anderson….

Just coming off supporting Gary Clark Jnr on his Australian tour, Anderson is releasing his second album Out of My Head on May 3, and he has blown us away with every single song.

This singer-songwriter is so extremely talented! It is great to see an artist make, not only catchy songs, but also songs that feature amazing and heartfelt lyrics. Plus, on top of this, he hasn’t just stuck to one genre. Throughout the record, he covers Americana, Soul, Pop, Roots, Blues and Rock. That’s a lot of ground to cover, but Anderson does it with a natural ease that’s far beyond his years. He sings every track with pure passion, which I wish we saw in more music these days.

Something that captivated me was how catchy and head bopping the tracks on the album are. I first listened to No Good, followed by Breaking Down and I can see why he placed those songs at the beginning of the track list. They make you just want to blast the volume wherever you are listening from and each song is better than the last.

It’s easy to see why Total Guitar named Hamish one of their Top 10 Best New Guitarists in 2018.

Hamish Anderson is a breath of fresh air for the music industry. He is dipping his toes in all different genres and continues to surprise us with his talent in each and every track he releases. Every single song is relatable for everyone, in one way or another.

To give you some context as you’re listening to the album, let’s hear about what Hamish has to say about his single Breaking Down:

“Breaking Down definitely explores the more rock and roll side of my music.  I was sitting around one day playing guitar and suddenly just started playing the riff, all the lyrics came basically at once so it was written very quickly.  I’d had an argument earlier that week with someone I know so I think some of that definitely crept into its inspiration. I just wanted to turn the volume all the way up and get out everything that was on my mind.”

“I really wanted to take my time and write as many songs as I could for this album.  I wasn’t writing to a specific genre or sound, rather I let the songs reveal what they wanted to be…The album explore themes of alienation and defiance, mixed with unabashed love songs and even observations on what’s happening in the world around us.  Certain songs had themes that I hadn’t explored in my writing previously.  I feel I really went a lot deeper in the writing of these songs then I had ever done before.  Most are universal feelings that I feel people can relate to.”

What are your thoughts on Out of My Head? Let us know in the comment section below!