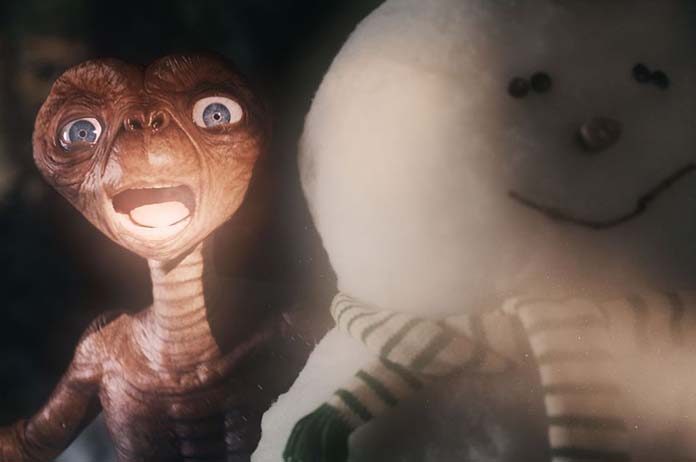 Were you a fan of the movie ET: The Extra-Terrestrial? Well get excited because number two is here!

The sequel to ET: The Extra-Terrestrial has recently been released online reuniting our precious alien with his friend Elliott, both returning from the classic 1982 Steven Spielberg film.

A company called Comcast Xfinity reconnected the pair in a whole new way, allowing ET to return to Earth and reconnect with Elliott (played by Henry Thomas), who is now a married man with two kids.

Obviously, a very confused ET is introduced to all of the new technology in the world, including the internet and virtual reality headsets.

“A lot’s changed since you were here,” Elliott says to his old pal.

This short film, which was released on Thanksgiving (November 28), will be shown ahead of all-new film releases in US cinemas until 5 January, 2020.

When talking about the reunion, Henry Thomas – who starred in the original alongside Drew Barrymore – stated, “The audience is going to get everything they want out of a sequel without the messy bits that could destroy the beauty of the original and the special place it has in people’s minds and hearts.”

The original, written by Melissa Mathison, gained over a whopping $800 million worldwide when it was released in 1982. It was also made clear the director was consulted during the making of this new short film.

What are your opinions on this? Were you a fan of the original? Let us know in the comment section below.