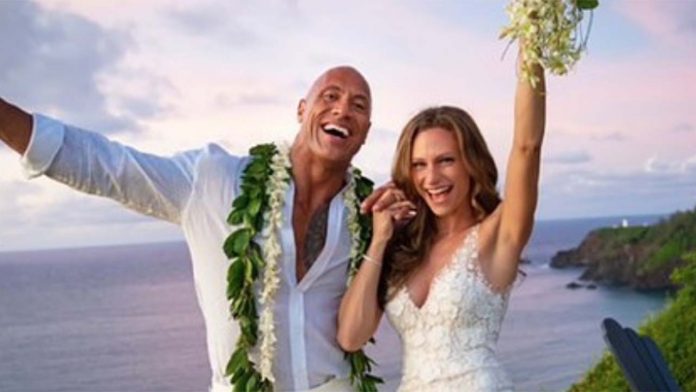 Johnson shared the happy news on Instagram with photos of the couple just moments after saying “I Do”.

The Fast and the Furious star also has an 18-year-old daughter, Simone, from a previous marriage.