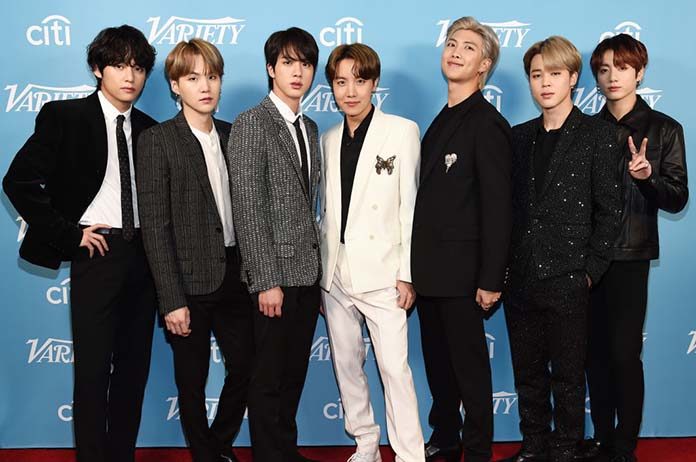 The restrictions are in regards to the singer’s 2020 performances overseas while he serves in the South Korean military.

Beginning in the new year, male South Korean celebrities who are over 27 and have yet to complete their service in the military must get permission from the South Korean Ministry of Culture, Sports and Tourism before they can perform any promotional work overseas.

As Jin is currently 27 and has not yet served, he must do so soon because all South Korean men must serve in the military for two years by the time they are 28.

BTS’s management, Big Hit Entertainment, has yet to comment on the situation but Jin has said that he is happy to serve.

In an interview with CBS Sunday Morning in April, he said, “As a Korean, it’s natural and someday when duty calls, BTS will be ready to respond and do our best.”

The South Korean government announced new regulations which mean that all male K-Pop stars will eventually have to perform military service.

K-Pop stars who are over 25 but under 27 will no longer need permission to travel overseas for work if they have not yet begun military service.

This past October, BTS completed their Love Yourself world tour.