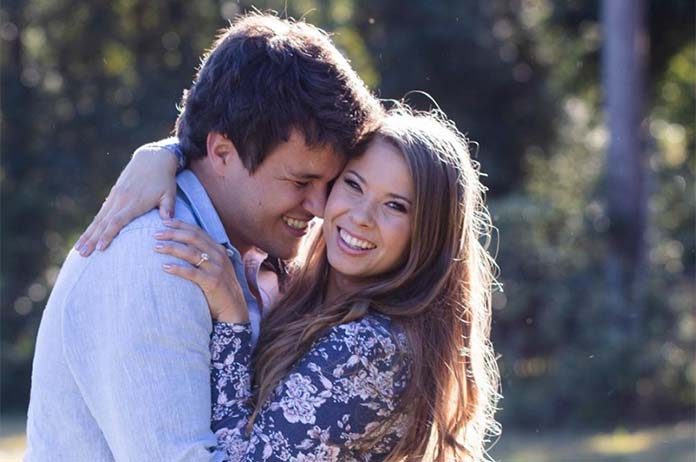 It was a day of double celebration for the daughter of one of the most well-known Australians.

Wrapping her arms around her soon-to-be husband, Bindi Irwin was the picture of happiness just moments after her boyfriend of six years, Chandler Powell, got down on bended knee at Australia Zoo and popped the question on her 21st birthday.

The wildlife warrior and her wakeboarder beau took to social media last week to announce their engagement by sharing a series of photos.

“July 24th 2019. On my birthday I said ‘yes’ and ‘forever’ to the love of my life,” Bindi captioned the snaps, which show off her stunning ring.

“Chandler was incredibly thoughtful when he chose it, the ring captures the essence of who I am (with its vintage flair) and our life together with the twisted band and scattered diamonds.”

“I am so very happy, and I know Steve would be too,” she tweeted.

While Bindi and Chandler have only just announced the news, friends, family and fans are already talking about where the couple might say ‘I do’.

With Australia Zoo such an important part of their relationship – and the location of the proposal – the venue could be part of their big day.

And with Bindi and Chandler both sharing special relationships with celebrities, including Stranger Things actress Millie Bobby Brown, Australian singing sisters The Veronicas and comedian Rove McManus, the guest list will most likely be filled with big names.

The Irwins’ good friend, actor Russell Crowe, is definitelty the top of the list.

Bindi reportedly wants her younger brother Robert to walk her down the aisle in a tribute to their late father Steve Irwin.

“I am beyond happy,” Robert said on social media of Bindi’s engagement, adding he couldn’t think of a better couple.

“You are true soulmates and have always been so completely perfect for each other.”

Are you happy for Bindi? Let us know in the comment section below.