The Assassin’s Creed franchise has certainly come a long way from its’ humble beginnings. The Ubisoft team decided to take us further back in time to the era of Ancient Greece, before the break out of the Peloponnesian War.

In case you’re unfamiliar, the Peloponnesian War happened between two of Greece’s strongest armies, the Athenians (their land was called Attica and not Athens at the time) and the Spartans, with the victory going to Sparta.

Odyssey follows similar tropes to the previous games, including the use of an Animus (a machine that allows an individual to see the memories of a distant relative), but also introduces multiple endings based on choices, relationships and the choice of two playable characters, Kassandra and Alexios. It also gives the option to play history (fight with Sparta), or re-write it (fight with Athens).

From the moment you start playing, you are introduced to the famous Spartan leader, King Leonidas, as he gets ready to end the war between Sparta and the Persians. Odyssey shows you the different special moves you can get throughout the game, including the Sparta Kick that was shown in the movie 300.

The use of an eagle is a great way for the player to see what’s up ahead before rushing and dying almost instantly. Other great features include tagging enemies and chests, the massive open world, Exploration Mode (the way Odessey is meant to be played – in-game text), and the incorporation of real-life monuments to give the sense that Ubisoft did their homework on this game. 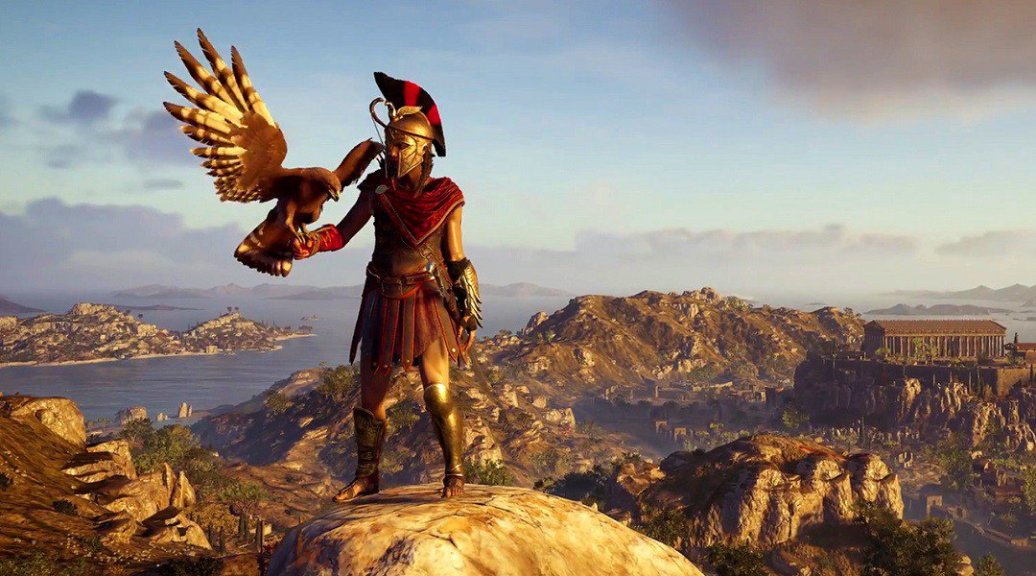 While the game is gorgeous and plays well, there are a few downsides. The idea of only using weapons that match the player’s experience level or lower can be annoying. The mercenaries (or misthios in-game) can be a challenge and require some trial and error and the same goes for the conquest battles. Basically, the game can be difficult and does require some patience and skill, but it can be rewarding in the end. 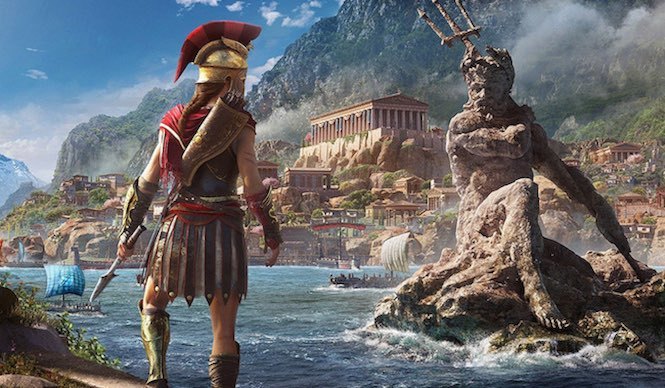 What do you think about Assassin’s Creed Odyssey? Let us know by commenting below.