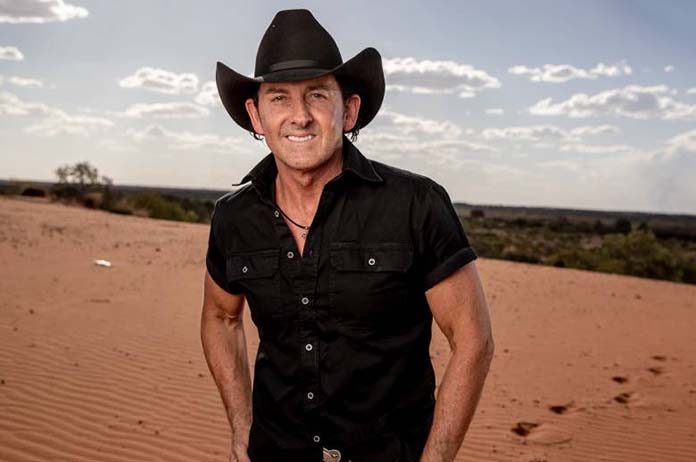 I’ve been a fan of Lee Kernaghan since I first started dancing to Boys from the Bush when I was 10. Whenever I got the chance, I’d be belting out one of Lee’s classics.

The excitement always takes over me when the man in the black Akubra announces that he’s bringing out a new album; and this year was no exception when he released Wheels, the first single and music video of his latest album.

Lee was not alone in creating this fantastic album – 2012 Australia’s Got Talent runners-up the Wolfe Brothers lent their voices as well as backing instruments, and Lee was even joined by his gorgeous and equally talented wife, Robby X.

I’ve been listening to Backroad Nation nearly every day in the month since it debuted, and it is already up there among my favourites.

The music alternates between pounding country rock beats and romantic ballads of the love between two people, to a beautiful story of the brotherhood between those who put their lives on the line for ordinary Australians.

My top three songs from the album are as follows:

The album’s final track, which includes backup vocals by the Wolfe Brothers, delves into the part of the show every musician and fan hates – when it’s time to pack up and go.

When you go to a gig to see your favourite band play, the ending is, as Shakespeare would say, such sweet sorrow. There are cries of “encore” and “one more song” from the crowd, who want the singer they love so much to stay.

As well as the end of the show, there is another ending that must happen with every musician; that is, when they finally say goodbye to performing. I think I speak for all Lee Kernaghan and Wolfe Brothers fans when I say, that day will truly be a sad one.

Until the time to go comes along, as Lee and the boys say, they will be right here till it ends.

Vietnam veterans are some of the most underappreciated members of society. They went to a war that this country should never have been involved with, where they faced a brutal enemy. And then when they came home, their government and the public had turned their backs on them.

Lee’s touching tribute to those men, and the way they banded together once again, is definitely one of the best songs in this album.

I especially loved the line “A skull and slouch hat, a field of black / We wear it proudly on our back”. These men gave their freedom for their country, and some of their brothers paid the ultimate price. They should be proud to wear that patch. God bless all veterans, and members of the club who live to ride.

Where I Wanna Be

Lee and his wife Robyn McKelvie (known professionally as Robby X) have often performed together at gigs, and she has a successful solo career. When they do perform together, it’s often to romantic country ballads, where they express the love they have for each other.

Where I Wanna Be is no different. In this beautiful tune, Lee and Robby show that no matter where they go, whether they are apart or together, their love will never waver. As the chorus says, “Wherever you are, no matter how far, anywhere it leads…Baby where you are, where you are, is where I wanna be”.

While those are my top three songs in this album, I don’t have a bad word to say about any of them. Backroad Nation is a fantastic album and I cannot wait to see Lee perform at Crown Casino for the Backroad Nation Tour.

Are you also a Lee Kernaghan fan? How have you found Backroad Nation? Let us know by commenting below.

Check out our interview with Brodie from The Wolfe Brothers here.