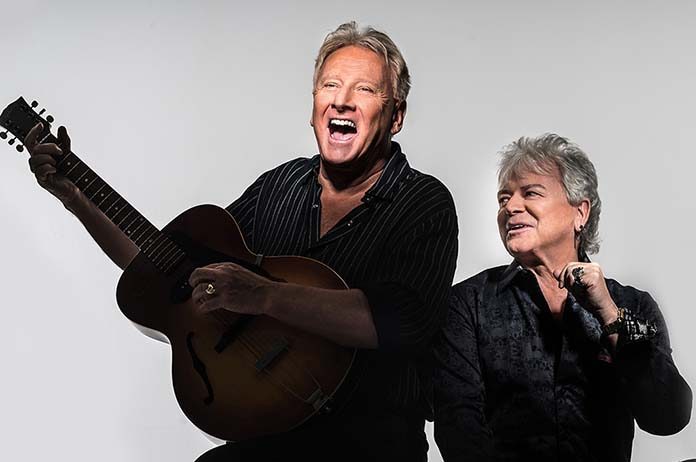 One of Australia’s biggest musical duos Air Supply is returning home for a national tour in 2019.

The duo toured Australia back in 2016 celebrating their 40th anniversary just three years after being inducted into the ARIA Hall Of Fame.

“When it comes down to it, we are still and always will be an Australian band and we’re very proud of that. Suddenly people start saying now ‘Yeah right, I know you guys’ and that’s kind of nice,” said Russell.

“When we did begin, it was very difficult for us because there we were playing all these ballads, often with these white suits on and opening for bands like Midnight Oil and AC/DC at the Bondi Lifesaver.

“We would be backstage sometimes worried we were going to get crucified. But we didn’t.”

“Opening for all these great bands really gave us the strength and determination which we wouldn’t have got anywhere else but Australia.”

Tickets go on sale on December 5 via http://davidroywilliams.com/tours/airsupply/